Comedian, actor, and activist Debo Adebayo, popularly known as Mr. Macaroni took to Twitter to recall his bitter experience in Adeniji Police station as he described that he was a victim of police brutality.

His tweet was triggered by a fan who beckoned on him to use his platform to promote institutions in Nigeria such as the Nigeria Police Force rather than instigate his followers against these institutions so as to move the country to a greater height.

The 28-years-old activist who has once been a victim of police brutality and one of the frontiers of the #Endsars movement issued his response.

Read what he wrote below:- 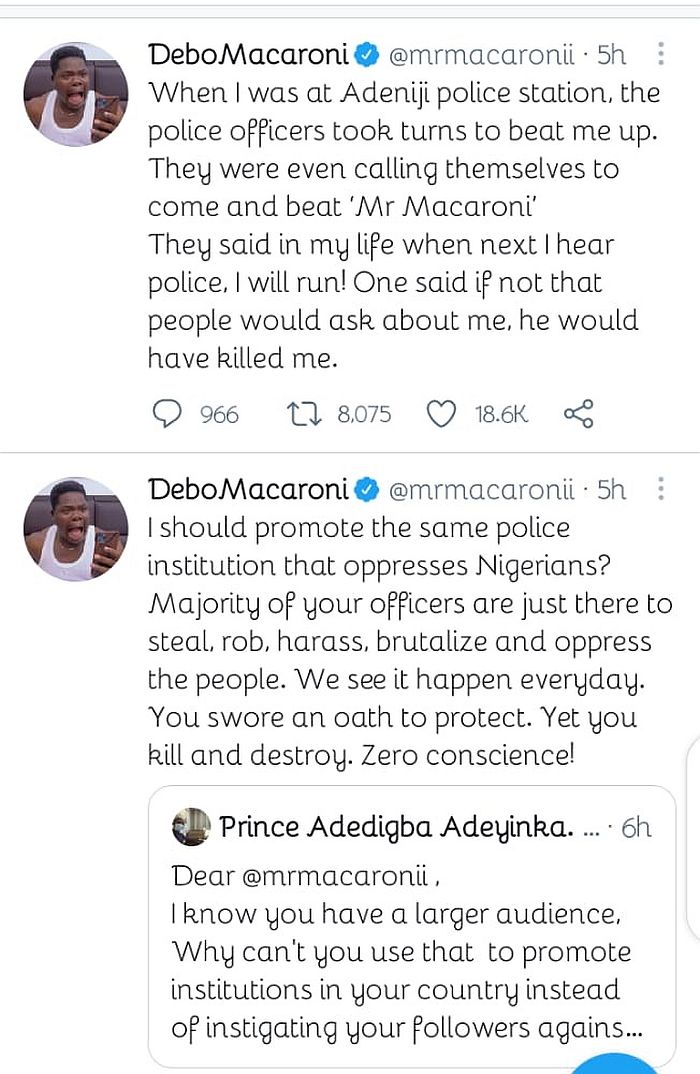 Continue Reading
You may also like...
Related Topics:Mr macaroni

CASTED!! “Some Celebs Lie About Having Glamorous Lives” – DJ Cuppy Reveals
“No Be Pride, I Just Be Gorilla” – Burna Boy Brags About His Grammy Award Again