Actress Halima Abubakar has sworn that she’s ready to open registers of those who offended her in the past even as she threatens to drag actress Cossy Orijiakor on the streets of Instagram.

Recall that Halima took to her Instagram page to drag the male barbie, Bobrisky endlessly, and so left her followers to comment vigorously on her page.

Some in support while others weren’t.

A concerned fan under the comment section who was not in support of her dragging Bob despite Bob apologizing immediately also queried the actress Halima for not apologizing when she said awful things to Cossy Orijakor her fellow Nollywood actress.

Halima who’s not taking it likely with this fan said that she’s yet to visit and open up Cossy’s gist and also disclosed that she accommodated and fed the actress for a year.

Here’s the conversation below:- 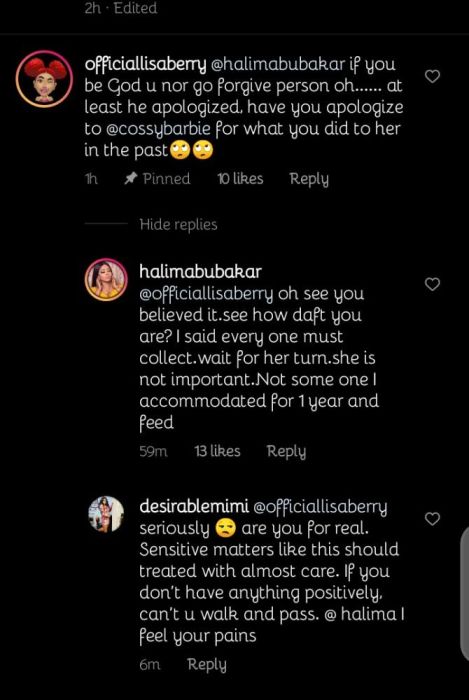 Continue Reading
You may also like...
Related Topics:Halima Abubakar