A Twitter user, identified as Adetola Kehinde has come to rubbish Sunday Igboho for fronting on dividing Yoruba from Nigeria

It’s obvious Adetola Kehinde is also a Yoruba man and he seems not to buy the idea of Sunday Igboho dividing his tribe. 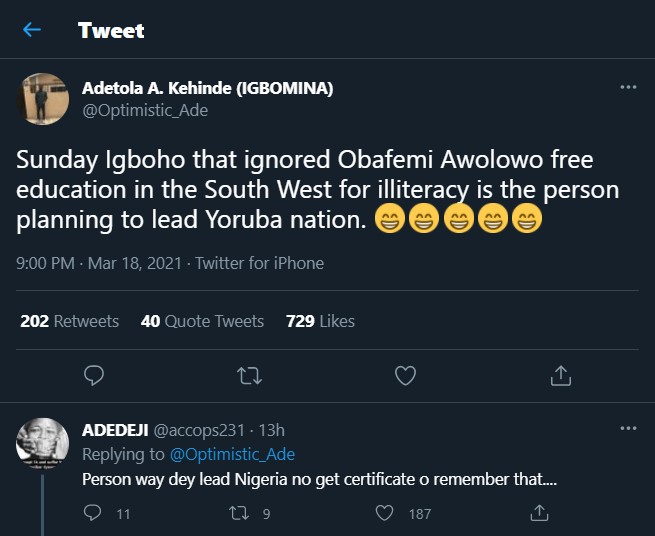 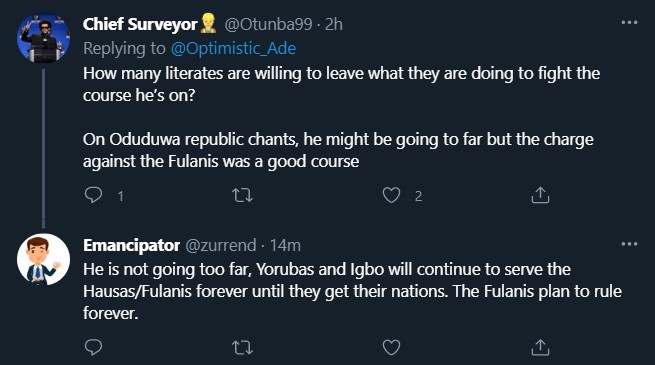 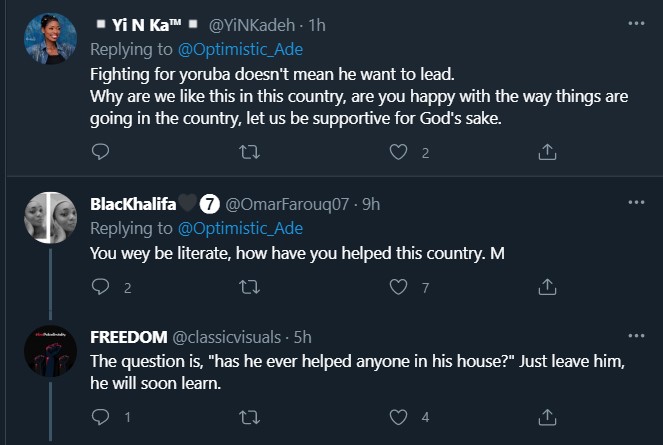 What Do You Have To Say About This?

Continue Reading
You may also like...
Related Topics:Sunday igboho