Naira Marley official dancer, Lil Smart has been accused of ripping upcoming artiste, El Nino of the sum of N40,000.

According to a report we received from El Nino‘s camp, the artiste reached out to Lil Smart to dance to his song and th agreed on a N40,000 price for 30 secs reels on Instagram.

After El Nino paid for the service, Lil Smart then told him that the money he paid was too small which made El Nino immediately request for refund.

Lil Smart however told him that straight up that he is not going to refund him.

SEE THEIR CONVERSATION BELOW:- 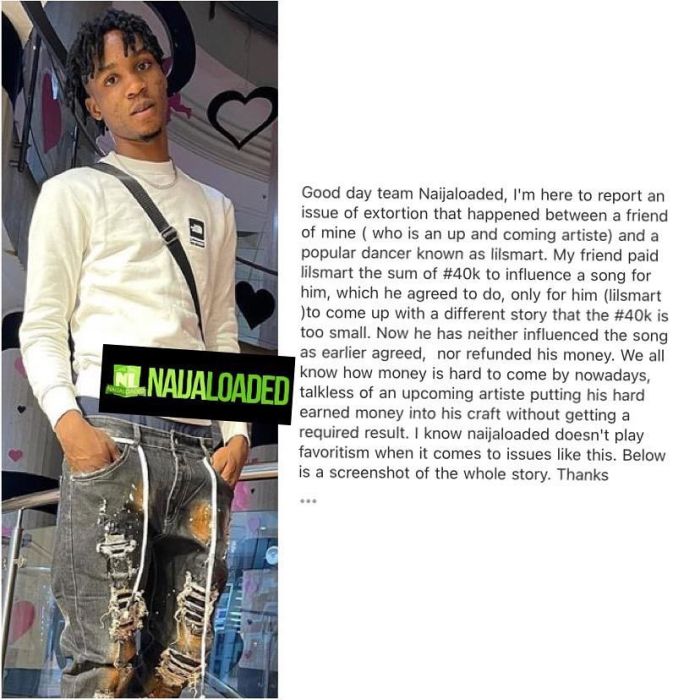 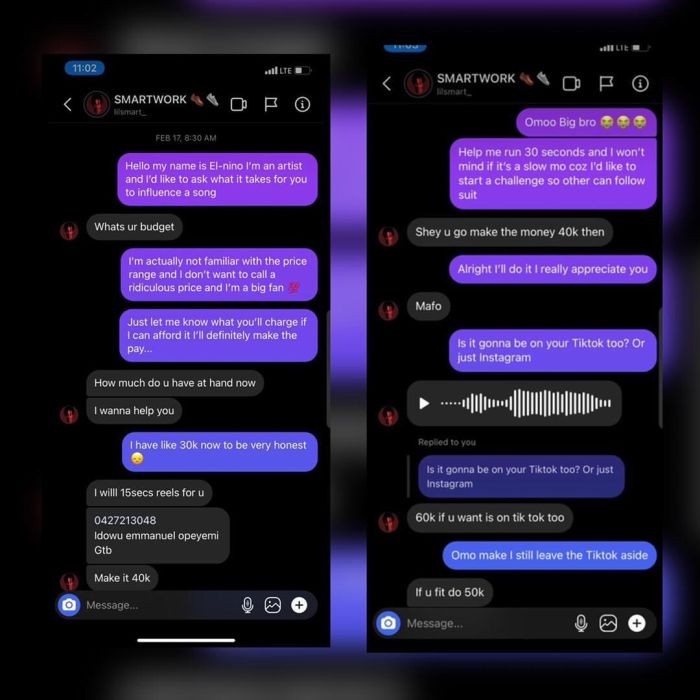 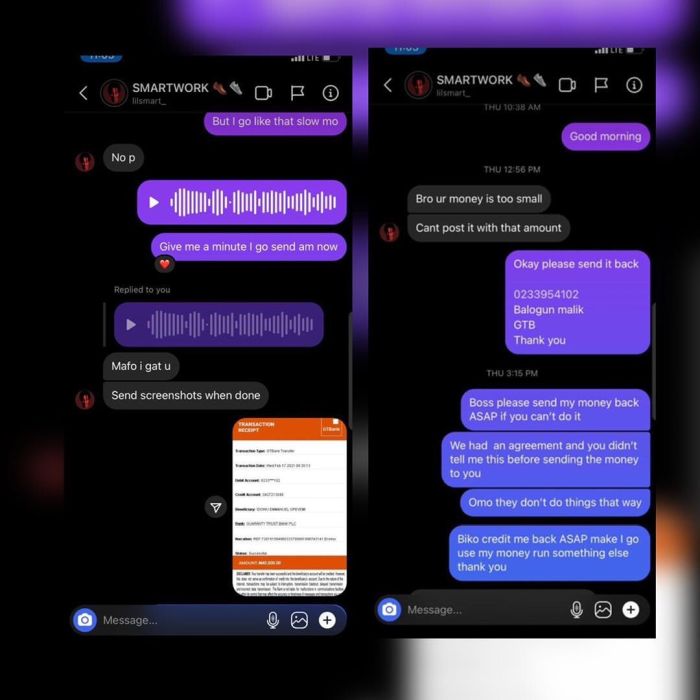 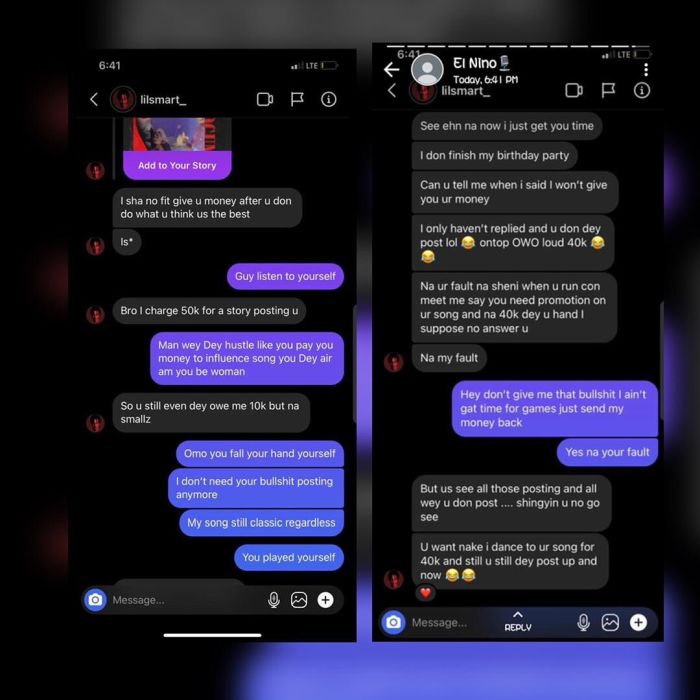 Continue Reading
You may also like...
Related Topics:Lil smart