Leicester City have reached their first FA Cup final since 1969 after Kelechi Iheanacho‘s strike saw off Southampton at Wembley.

The striker converted from close range in the 55th minute after good work from Jamie Vardy set him up during a counter-attack. 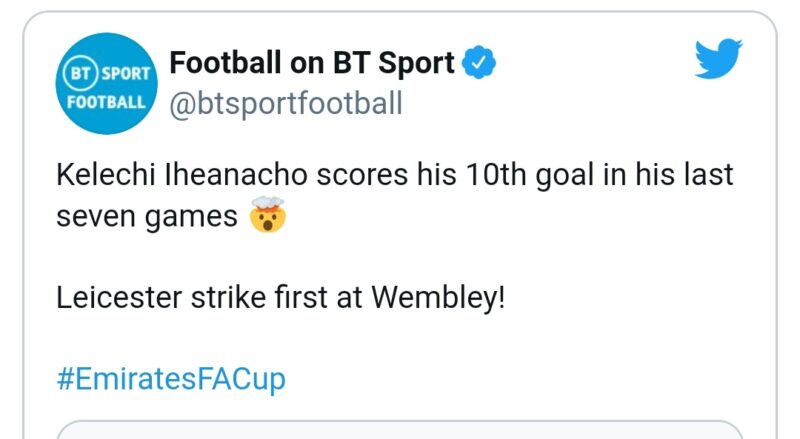 It is the fifth time the Foxes have reached the FA Cup final, and they will now face Chelsea next month after the Blues defeated Manchester City in the other semi-final on Saturday.

Iheanacho’s strike was the 14th he has scored in this competition since 2015 and no player – not Sergio Aguero or Harry Kane – has scored more FA Cup goals during that time.

The cup has become his playground. 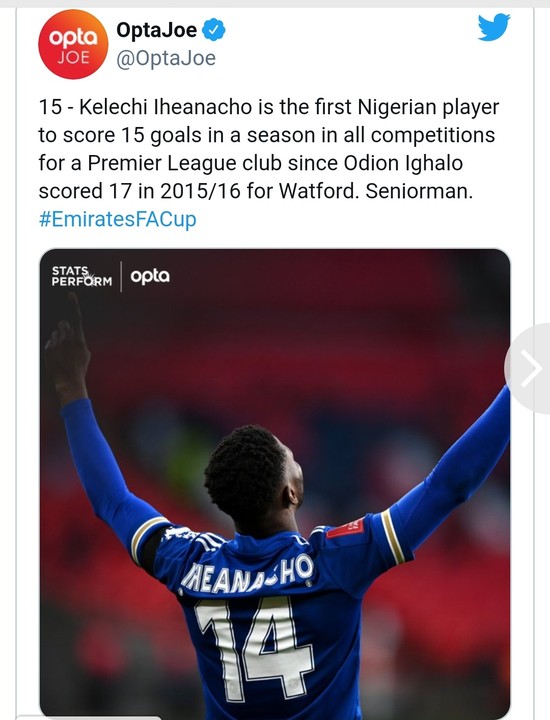 Continue Reading
You may also like...
Related Topics:Kelechi Iheanacho