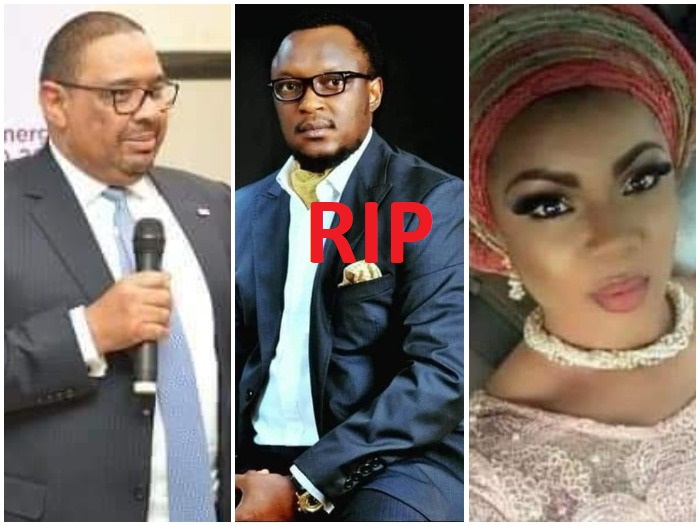 First City Monument Bank, MD, Mr. Adam Nuru who is supposed to be the image manager of the bank has been accused of extra-marital affair with a married woman, Mrs Moyo Thomas who is also a staff of the Bank.

According to a report that emerged on social media, FCMB MD, Adam Nuru has been dating the wife of Mr. Tunde Thomas, Mrs Moyo Thomas for good 8years.

The relationship between the Bank’s MD and Mrs. Thomas allegedly produced two kids which Late. Tunde Thomas thought were his own.

After years of spending all he has on the kids, his wife who relocated abroad during school holiday opened up to him about who the real father of their children is and depression from this whole incident led to Mr. Tunde’s death according to autopsy report. 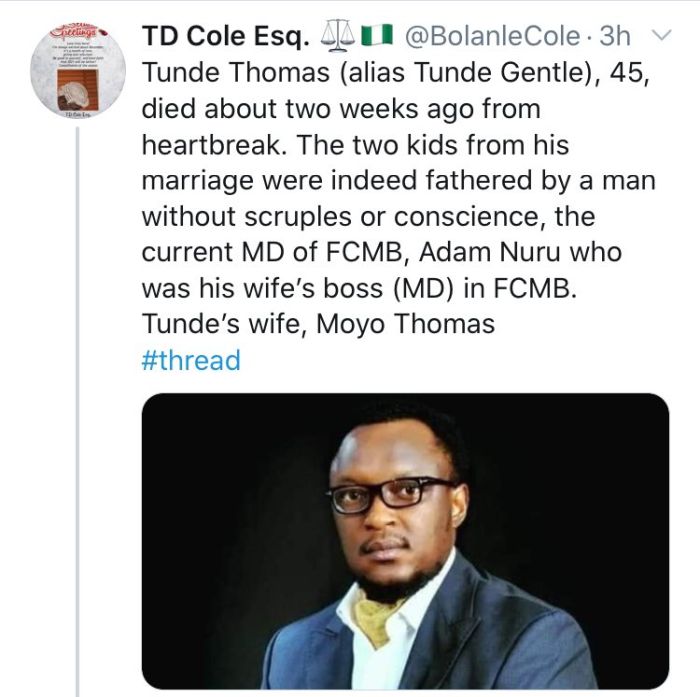 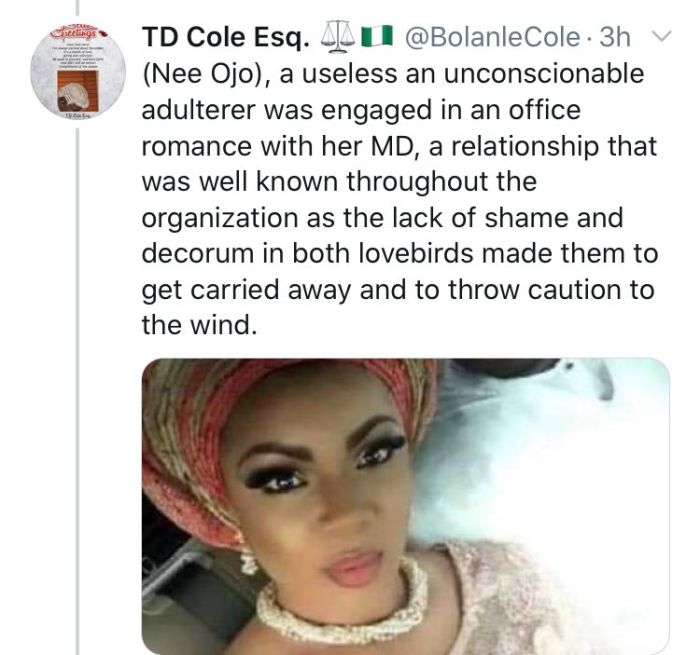 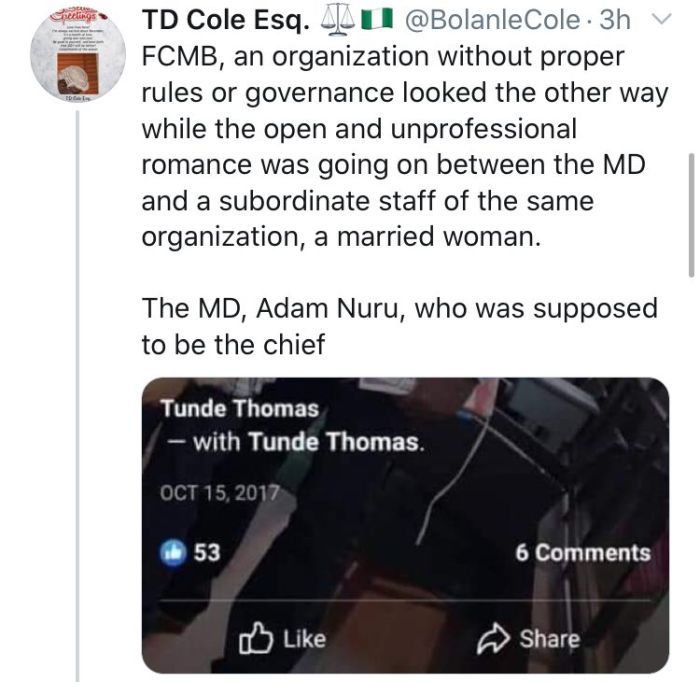 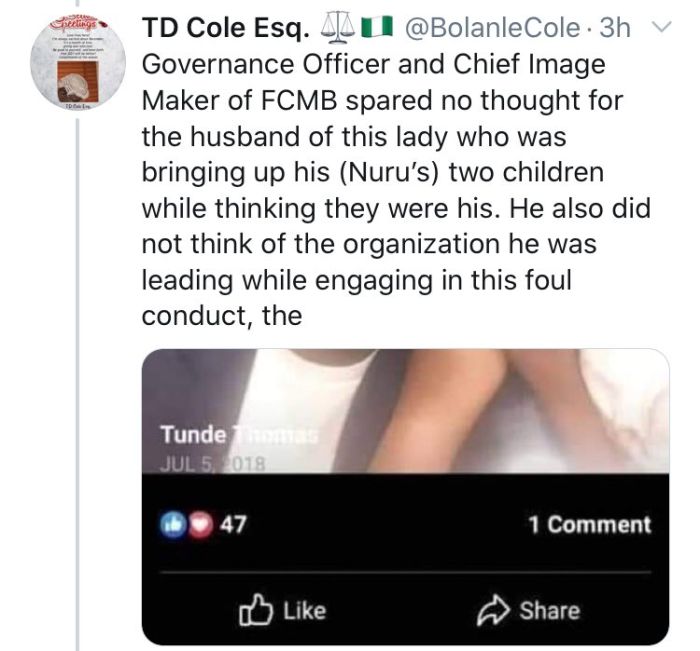 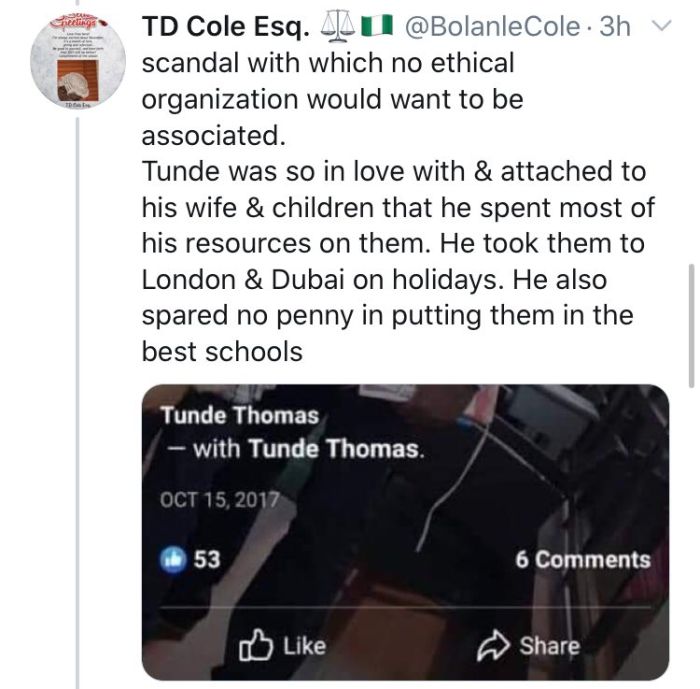 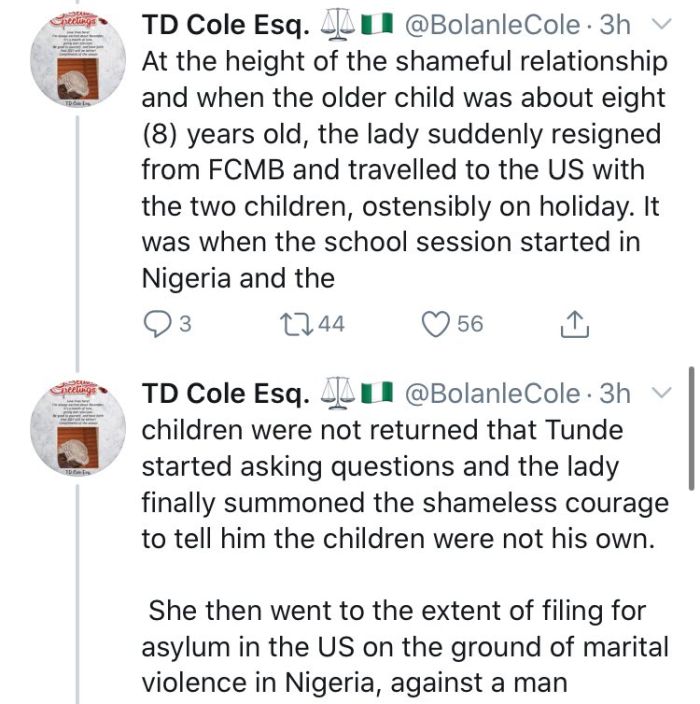 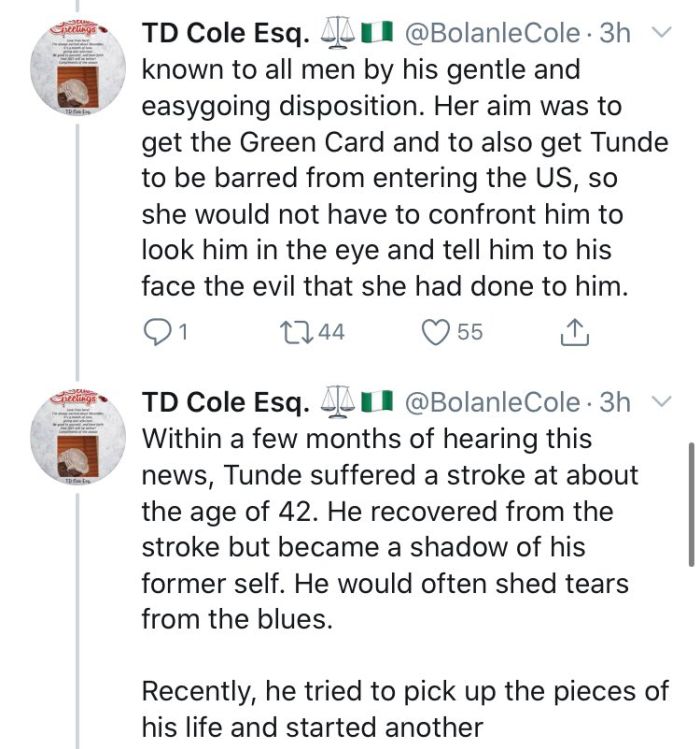 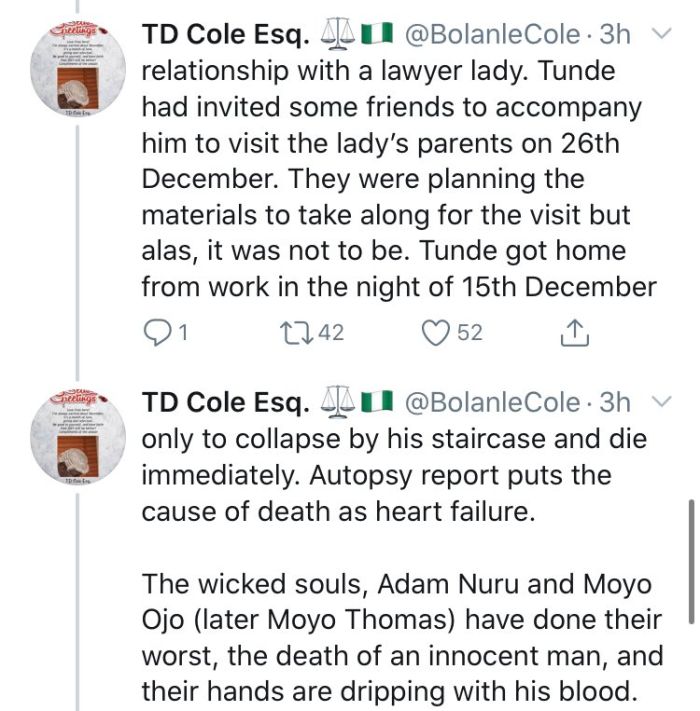 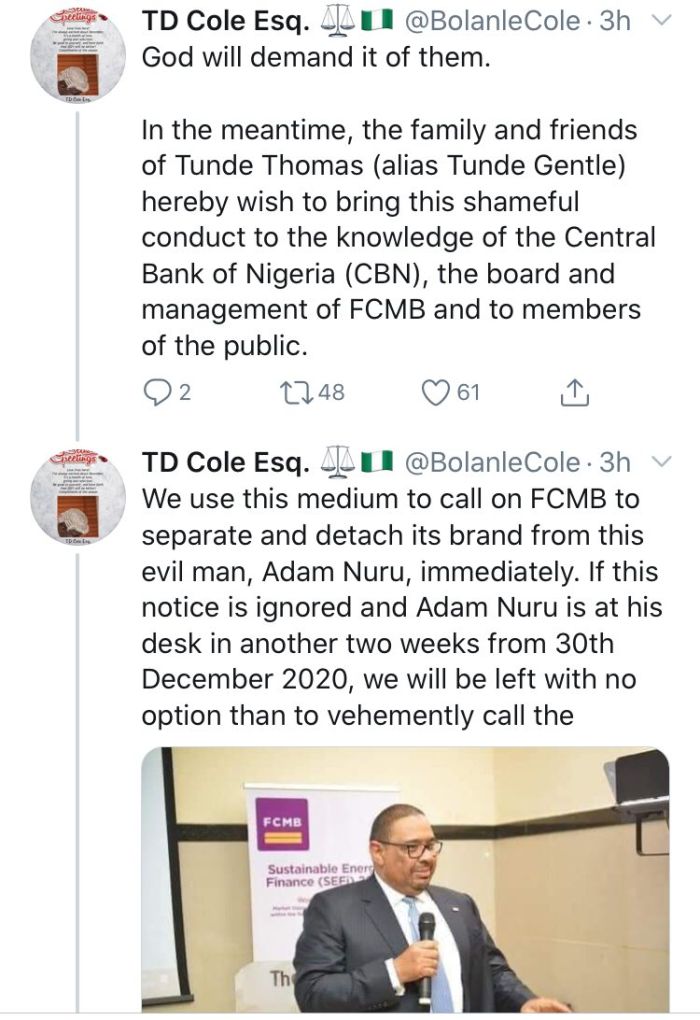 Here is the photo of the 2 kids in the midst of this scandal, Tunde Thomas or FCMB MD, Adam Nuru, who do the children resemble more?

However, Nigerians have started calling for the sack of Adam Nuru as FCMB chairman because of this issue.

Guys, Do You Think FCMB MD, Adam Nuru Deserves To Be Sacked For This?

Apart From Sack, What Other Punishment Should Be Melted On Him And Woman, Moyo Thomas?