Davido’s aide, Isreal DMW has fired back at the billionaire’s daughter, Florence Otedola despite court threat.

Recall that Isreal revealed what transpired between Zlatan and DJ Cuppy in couple of days which stir the internet.

DJ Cuppy has however been receiving negativity on her social media platforms which has engineered the decision to take legal action on Isreal’s claim.

Nevertheless, Isreal still comes stronger to stand on his word. 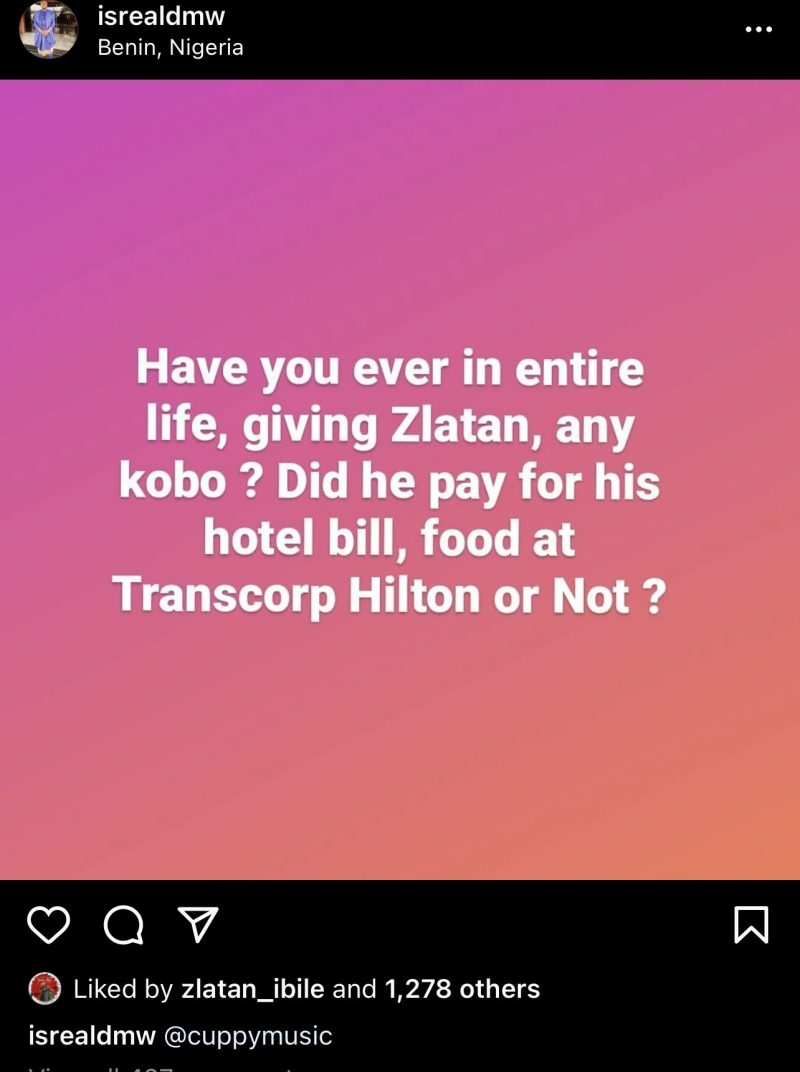