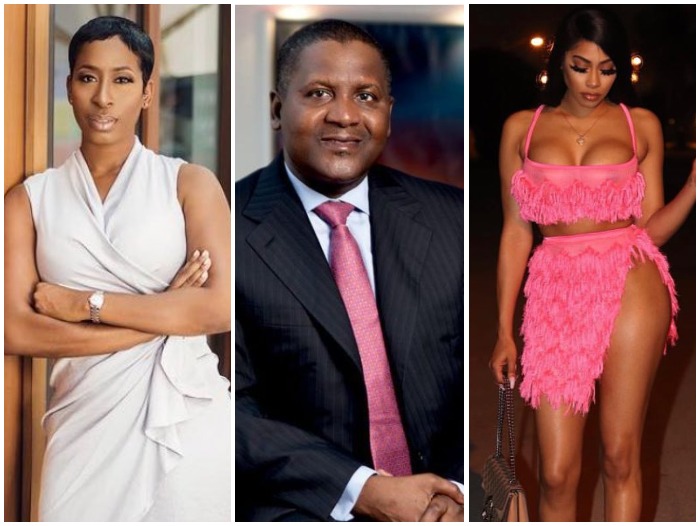 The name of Richest African Businessman is currently being dragged into mud as his two girlfriends threw caution into the wind to fight online.

Dangote’s ex-girlfriend, Bae Lewis was the first to gain social media attention when she posted that she dated Dangote in the year 2020 but the rich man broke her heart into 1000 pieces.

She also recounted how Dangote has changed her business mindset, work ethics and perception about life. 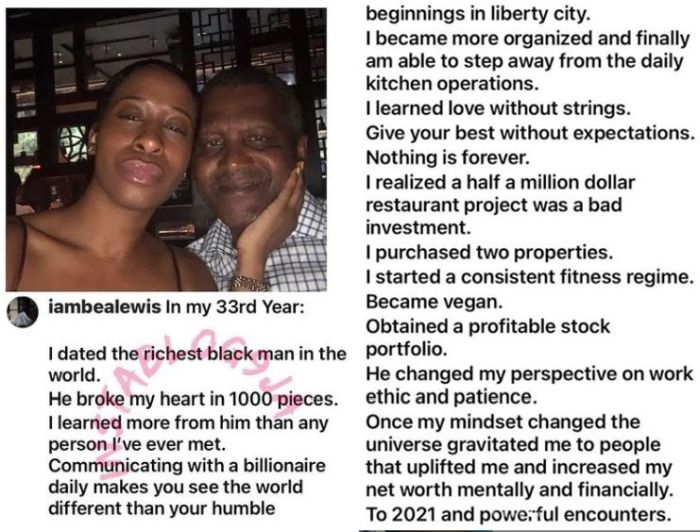 Meanwhile, another Lady who appeared to be Dangote’s current girlfriend has called out Bae Lewis on social media.

She came online with receipts to counter the claims of Bae Lewis that she never dated Dangote.

The Lady first shared a screenshot of her chat with Dangote who said, Bae Lewis is an hungry thug and he never dated her. 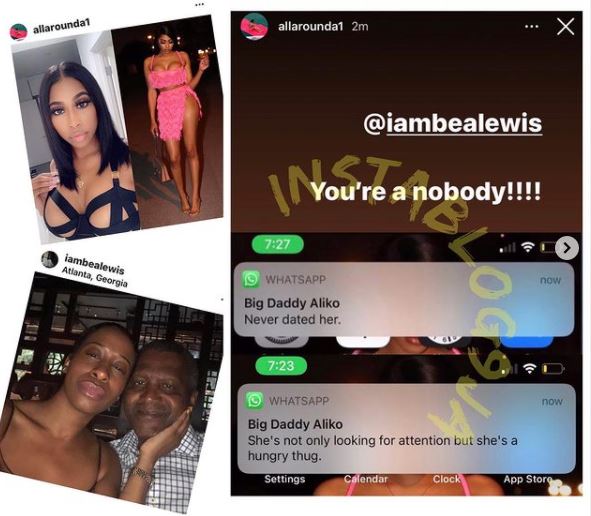 In a bid to pepper Bae Lewis on social media and to prove that she is the one and only girlfriend of richest African Man, this new Lady posted a video exposing Dangote’s fat nyash.

The video which was taken in Miami where she and Dangote went for baecation was apparently taken without Dangote’s consent.

Fear women, they can do anything for the clout. If it was Dangote’s pr!ck that was out when recording that video, that’s how she would have posted it.

Guys, What Are Your Thoughts On This?