Many Nigerian celebrities were quick to spread the rumour by congratulating the ex-mavin star on social media.

Meawhile, Tiwa Savage was not even close to winning the prestigious award last night. She contributed as a back up vocalist to a track “Eko” on the Grammy nominated album titled “Everyday Life” by Coldplay.

However, the album “Everyday Life” by Coldplay got nominated in the Grammy’s album of the year Category but the album didn’t win, “Folklore” by Taylor Swift won in that Category. 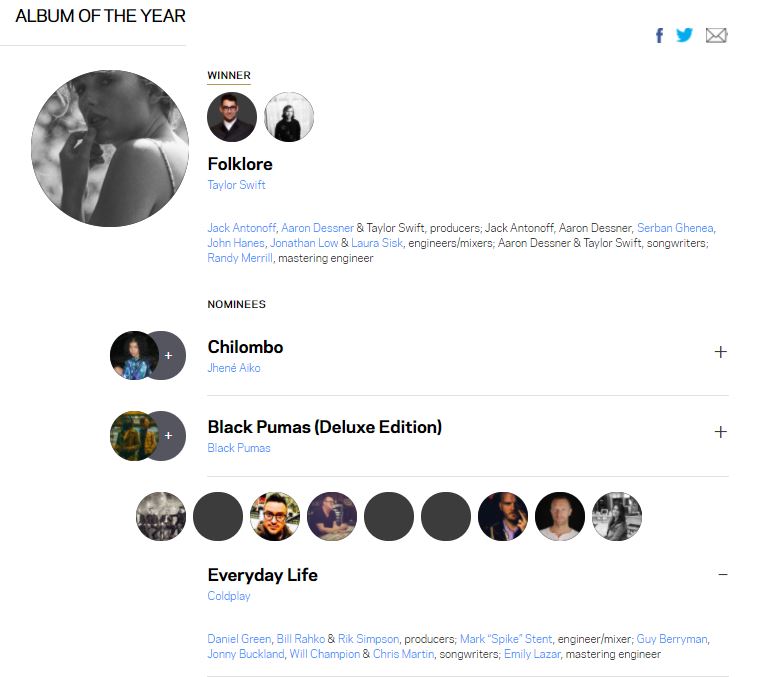 Even if Coldplay had won, Tiwa Savage won’t be part of the talents who will get the Grama Award plaque because all she did on the album was back-up vocal on a track.

Continue Reading
You may also like...
Related Topics:Grammy, TIWA SAVAGE