You could remember that we had reported late last month that she deactivated her Instagram account after, a photo of hers locking lips with Davido was leaked on social media.

The leak was said to have been released by a friend of hers.

The model began making the headlines after she was spotted with the music star back in February while he was vacationing in the Caribbean.

Mya Yafai isn’t a newbie in the celebrity world as she used to date American rapper Young M.A.

Well, she has finally bounced back to social media after the scandal between her and Davido died down. 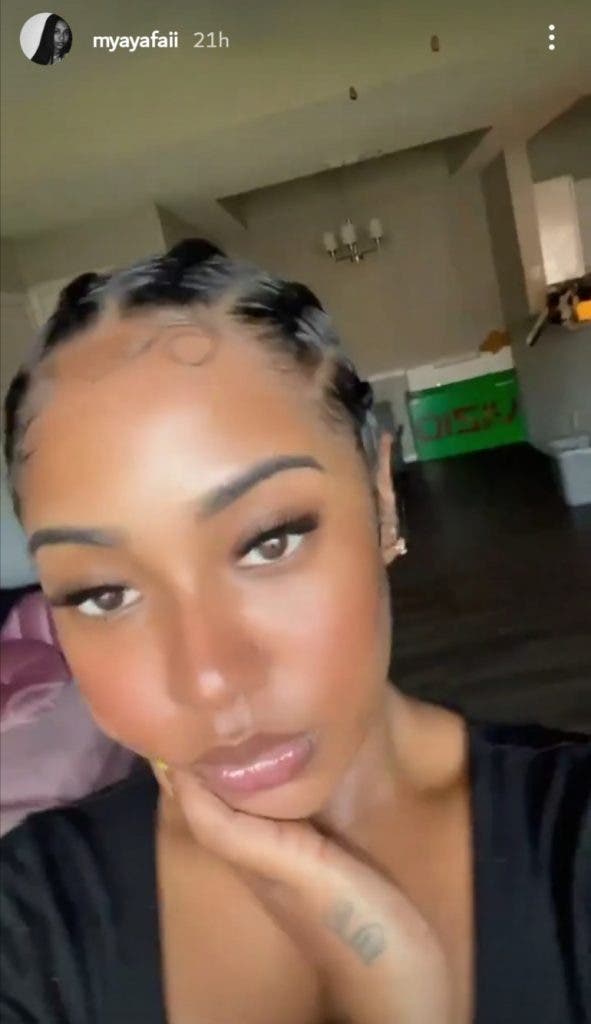