Afrobeat singer, Davido and his baby mama, Chioma are reportedly set to get reunite, following their alleged breakup

According to controversial investigative journalist, Kemi Olunloyo, the estranged lovers are set to patch things up, as Chioma has repeatedly pleaded with the singer not to disgrace her Igbo tradition.

Kemi Olunloyo who stated this via a tweet she shared yesterday, April 29th, claimed that Chioma Rowland pleaded with Davido to get married to her so she won’t disgrace her tradition.

“David Adeleke and Chioma Rowland to reconcile, the estranged fiancé of the music sat begged him to tork things out to prevent her from disgracing her Igbo tadition. My fasting and prayer worked, we need good news during these terroristic times”. 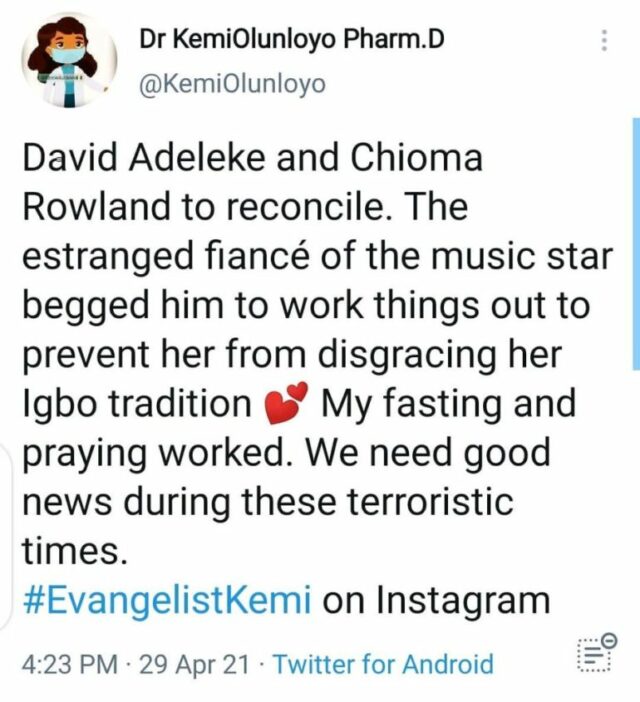 Recall that few months back the news of their alleged messy break up hit the internet, but neither of them reacted to the rumour.

Continue Reading
You may also like...
Related Topics:chioma, Davido