The death of Kashy Godson came as a shock to many, including his friends, family and followers on his Instagram page.

According to the reports, Kashy Godson died on Sunday, March 7, 2021 after falling from a balcony in his residence. The details surrounding his death is sill foggy but investigations are ongoing.

However, late Kashy’s little brother has revealed that the deceased was not depressed neither was he mentally ill or on drugs. He also made it known that his death was not suicide and he was not killed by Barry Jhay. 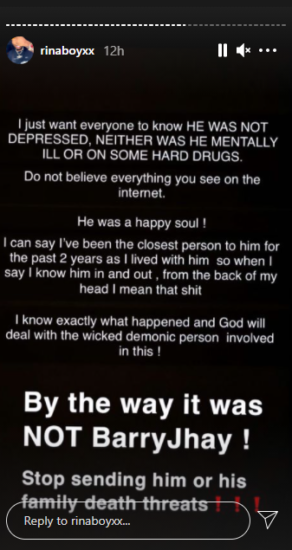 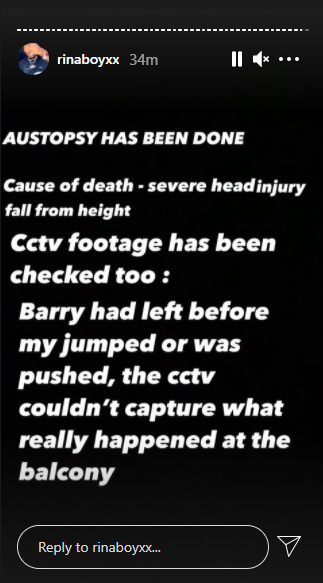 Continue Reading
You may also like...
Related Topics:BARRY JHAY, kashy