Popular rapper, Blaqbonez celebrates himself with a brand new Mercedes Benz after his album hits number one on streaming platforms across the country.

This is coming after the singer pleaded to Burna Boy whose song led the chart for a while as Blaqbonez song follows second on the chart.

See the chart below:- 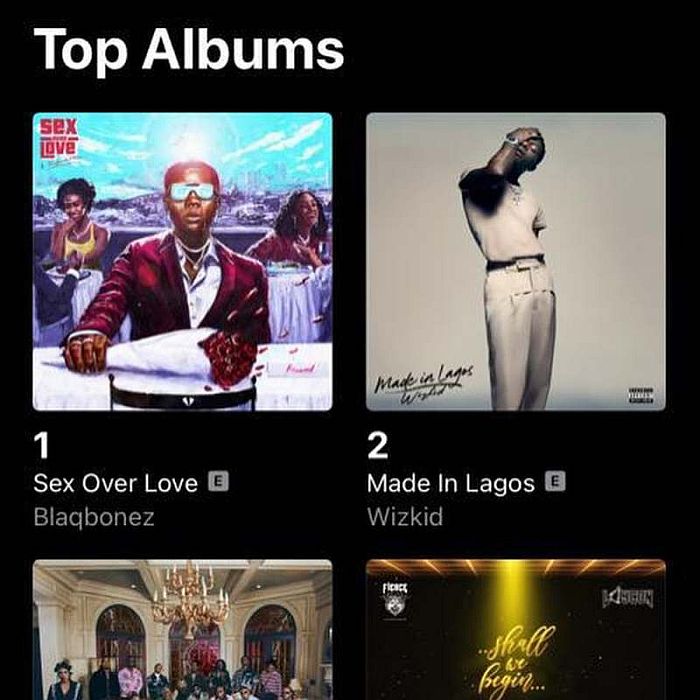 Barley 24 hours after the public outcry, Blaqbonez album ‘Sex over Love’ took the first position and in celebration of his hard work, the singer added a new whip to his collection.

See what he tweeted below:-

Mr Latin speaks on molestation case against Baba Ijesha
“I Am Not Interested In Sleeping With Many Women” – Singer, Rema Declares